Wikipedia defines growth hacking as a marketing technique developed by technology startups which uses creativity, analytical thinking, and social metrics to sell products and gain exposure. In short, growth hacking involves clever strategy to rapidly accelerate growth. Many startups and new businesses have used growth hacking to succeed and we wanted to round up some of the best examples & ideas for growth hacking. There’s no better place to find these examples than on Quora, the Internet’s top question and answer site.

In the beginning, Groupon coupon deals had a tipping point before they were available meaning a minimum of X people needed to buy before you could get the deal. Thus you were highly motivated to share the deal with your friends so that you could get the deal. Sharing the deal with your friends also made you look good (EGO) and so you were motivated at yet another level to share.

XYZ just endorsed you for a skill/expertise (LinkedIn)

LinkedIn is the master of using data product to create a FOMO (Fear of Missing Out) network. When they moved from “endorsements” (public endorsements of a colleague that goes right on their LinkedIn profile) to allowing others to endorse you for specific skills, it created two amazing growth hacks. First, they found a way for your network to deepen your profile for you, which goes right to their main source of income – recruiter search tools. This not only feeds their business, but means you have to keep coming back to check on how your profile is being built. Second, it creates this reciprocal desire to do the same for others, which increases the creation of this data exponentially. 238 million members and growing, revenue up 37% this year and no signs of slowing…this is growth hacking that creates both user growth and revenue. 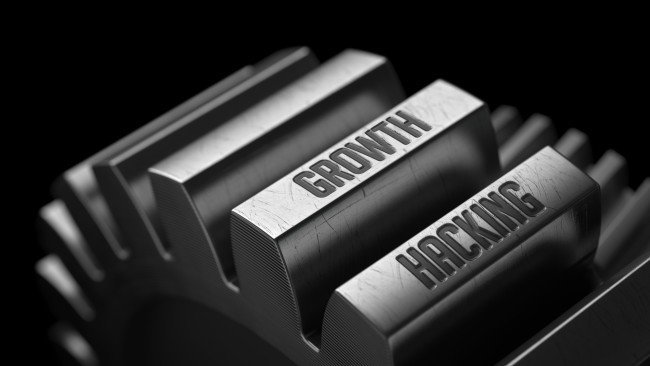 As many of you know, they allow anyone to convert their spare bedrooms into a hotel room that can be rented by perfect strangers. It’s an amazing idea, the execution is incredible, but growth hacking is what possibly put them on the map (pun intended).

They leveraged Craigslist, a platform with millions of users looking for accommodations, to increase their user base substantially. When you are filling out the form to list your bedroom on AirBNB they give you the option to also post the listing to Craigslist, so that it will show up there also, creating inbound links for you and for AirBNB as a platform.

Dropbox’s paired incentive referral program is the only growth hack I know of that  produced viral growth for a SAAS company. Refer a friend and you both get free storage space. It was an original idea** that was well executed in their UX and now it has been copied by hundreds, if not thousands, of companies.

Once they discovered the >30 ppl followed threshold for more valuable and active users, they began making it easier to find new accounts to follow (e.g. during signup, on home).

Karma mixes things up a  bit. Yes, you can prepay for data (the current rate: $14 per gigabyte,  without an expiration date), but the device also rewards you for sharing  your hotspot with friends and strangers. Every time a new user finds  your hotspot and logs onto it, you’re rewarded with 100 megabytes of  extra data (the same amount is also given to the new user to get them  started). If the field of behavioral economics is to be believed, this  should transform users into evangelists, eager to share their hotspot  with anybody and everybody they come into contact with. Camp out at the  airport with a “Free WiFi” sign! Bring it to the office and tell your  coworkers that IT can’t track them on this thing! You get the gist.