All in all, search is a fairly young phenomenon as most of the search engines discussed below launched in the late 90-ties. With the exception of Microsoft Bing having launched in 2009, search is just barely 17 years old. Let’s take a look at the dominant players of today’s world of search.
Check out our latest blog post on SEO for Small Business.

Google: The search engine giant was founded in 1998 by Larry Page and Sergey Brin. So big it’s turned itself into a verb: Google it. No other search engine has captured this much breadth and scope. With just over 65% market share, Google is by far the dominant player in the US, and globally. Although Google’s mission is ultimately to “organize the world’s information and make it universally accessible and useful,” the company has developed a very successful online advertising platform, AdWords, that has positioned Google as the most successful dotcom of our times and has been the cornerstone to its continued success . Currently, Google is licensing its search technology to AOL and Ask.
Available in several languages, some of the services offered include YouTube, Google Earth, Gmail, Google Docs, AdWords, Google Analytics, Google+, and the list goes on. Throughout the years, its homepage has been kept rather minimalistic, maintaining their main focus on search. Silent Mouth interestingly illustrates a year-by-year evolution of Google and the transformations its homepage underwent including clutter, doodles and links to news stories.
Yahoo: Yahoo! Search launched in 1995 and was founded by Jerry Yang and David Filo. Similar to Google offerings, Yahoo is also well known for providing email services, maps, images, videos and news alongside Yahoo! Search. Before even conducting a search on Yahoo’s homepage, you can click on topics found under the “Trending Now” section and see what other people are searching for as well and check out popular search topics.
Yahoo’s focus is primarily on positioning itself as a portal and monetizing its various properties such as jobs, sports and finance. Yahoo used to have a search technology and online advertising platform (Overture rebranded as Yahoo Search Marketing), but the company has eventually abandoned its foray into building a formidable search technology that could rival Google, and eventually cut a deal with Microsoft to provide Yahoo with its search results.

Bing: Microsoft’s Bing is the youngest search engine in the US, having launched in 2009.Bing represents another attempt by Microsoft to establish itself as a leading search engine. While its previous attempts to increase search engine share through its MSN platform and Live search engine arguably failed, Bing has gained some traction among consumers. Through a deal with Yahoo (aka the Search Alliance), Microsoft now controls over a third of US market share. Microsoft adCenter ad platform is modeled after Google’s AdWords, and currently powers Bing and Yahoo search engines.

Like Google’s doodles that feature drawings celebrating certain dates, anniversaries and commemorating specific artists and scientists on its homepage, Bing’s background changes as well with links redirecting you to more information on Bing’s Search Engine Results Page (SERP).Ask: This search engine has come a long way from the days of Ask Jeeves when it first launched in 1996. Ask.com was founded on the original idea that you can pose a question in everyday language and get a response within the SERP. Don’t worry—Jeeves isn’t completely gone. It can still be found at uk.ask.com. Keeping with its unique question and answer model, Ask.com poses a “Question of the Day” on their homepage. Curious to know what the answer is? Just click on your answer choice and you’ll be redirected to related search terms on the SERP. You also have the option of posting a question in the “Q&A Community” where you’ll get an answer from an actual person. Google is currently powering Ask’s search results, and the ads are displayed (or syndicated) through Google’s AdWords platform.

AOL: AOL was initially launched in 1991 as American Online, and over time transitioned into a portal rivaling Yahoo! and MSN. It offers a different user interface on www.aol.com. Rather than a typical ‘blank’ search engine layout with a background image and a search bar, you get a search bar on top with news stories, headlines, weather, popular videos, featured blogs and more, closely resembling that of Yahoo’s. Like with Ask.com, Google is currently powering AOL’s search results, and the ads are displayed through Google’s AdWords platform.

Let’s also take a look at the major international players, Baidu and Yandex. Baidu, the largest Chinese search engine, holds approximately 75% market share in China and Russia’s Yandex, roughly 64% in Russia. Similar to Google AdWords, Baidu also offers a platform for businesses to serve ads next to its search results known as P4P, or ‘Pay for Placement’. Baidu offers services such as Baidu Encyclopedia, a user-generated Chinese encyclopedia (baike.baidu.com), in addition to maps and images, video and news search. Yandex is currently the largest Russian internet company by revenue and also operates in Ukraine, Kazakhstan, Belarus and Turkey. Aside from search, Yandex offers news, market, mail and maps services.

Personalization
Personalization and voice recognition will take on new ways of searching in 2012, as Michael Martin of Search Engine Watch also mentions. Voice on Android phones and iPhones (Siri) for example will continue to evolve, making search much more user-friendly and less text-dependent. Further, search will become more refined and personalized through greater integration of Google+ and Facebook: our search results will reflect what we may be interested in based on our friends’ feedback.Social Media

Social Media will continue to have an increasing impact on search as it mirrors the Amazon Effect. This phenomenon refers to the idea that we as consumers are more inclined to click on businesses and products that have the highest reviews, like on Amazon. With this in mind, social media’s integration will have a huge impact on consumers’ search behavior. Following Facebook and Google+, I think it’s safe to say Twitter is next. As Erez Barak mentions on Search Engine Watch, social media will also lead to the further extension of companies and brands through their employees.Location, Location, Location

With a growth of mobile search, businesses will notice when their customers are nearby and offer them enticing discounts or even freebies to get them through the door using location-based deals, search and apps (such as Foursquare). Mobile will continue to be “a critical component of cross-channel marketing programs”, according to Shawn Myers of Responsys. As consumers are increasingly on-the-go, location will play an even bigger role in search especially withregards to travel, dining-out and local shopping. According to a recent study by PewResearch, “28% of cell owners use phones to get directions or recommendations based on their current location—that works out to 23% of all adults”. 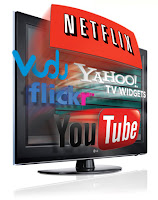 However, search will not stop there. Search will be further integrated into several other emerging digital platforms such as connected TV and connected vehicles. Imagine the power behind the remote control as you watch your favorite primetime television show after a long day’s work and you can browse the internet at your fingertips through your 60” flat screen TV without having to grab your iPad, phone or PC. Better yet, imagine pausing the TV to search for an item you saw in a movie through product placement. Every medium is evolving rapidly. The article by Brandon Moreau shows just how far Google can integrate mobile, search and local through robotic cars. He believes that, just like mobile devices, “a car’s on-board computer will conduct automated searches for drivers as they are on the way to games, concerts, restaurants, work and play”. The absurd is starting to sound possible, even practical.

The key here is integration—utilizing search using mobile, social and TV to optimize search for users through convenience and engagement. Search has come a long way since its initial days and the capabilities are endless.
How do you see search evolving in 2012?
Marina Koletis is an MBA Candidate majoring in Marketing with a passion for Digital Marketing and Analytics. She is currently involved in SEO/SEM campaigns, social media projects and website development, and enjoys blogging in her free time. To learn more about Marina, find her on Linkedin.
January 11, 2012/11 Comments/by Matthew Capala
https://www.searchdecoder.com/wp-content/uploads/2016/08/sd-small-logo-1-300x138.png 0 0 Matthew Capala https://www.searchdecoder.com/wp-content/uploads/2016/08/sd-small-logo-1-300x138.png Matthew Capala2012-01-11 15:41:002016-08-17 20:30:44Everything You Need to Know About Search Engines
11 replies